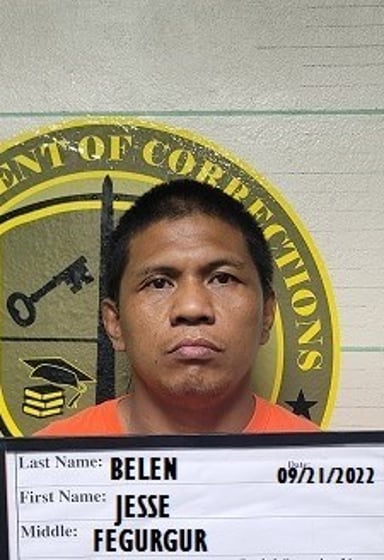 Forty-three-year-old Jesse Fegurgur Belen was arrested ad charged with Possession of a Schedule II Controlled Substance as well as Vehicle Without Registration.

According to a magistrate's comlaint, on Sept. 21, Belen was driving a motorcycle, which police confirmed was using a bad license plate. Belen allegedly told officers whe placed the license plate on the motorcycle because there wasn't one when he bought it. He was also found with a glass pipe in his pocket with residue that tested presumptive positive for meth.

Belen also had an active warrant on him for two cases, both which include drug possession among other charges.