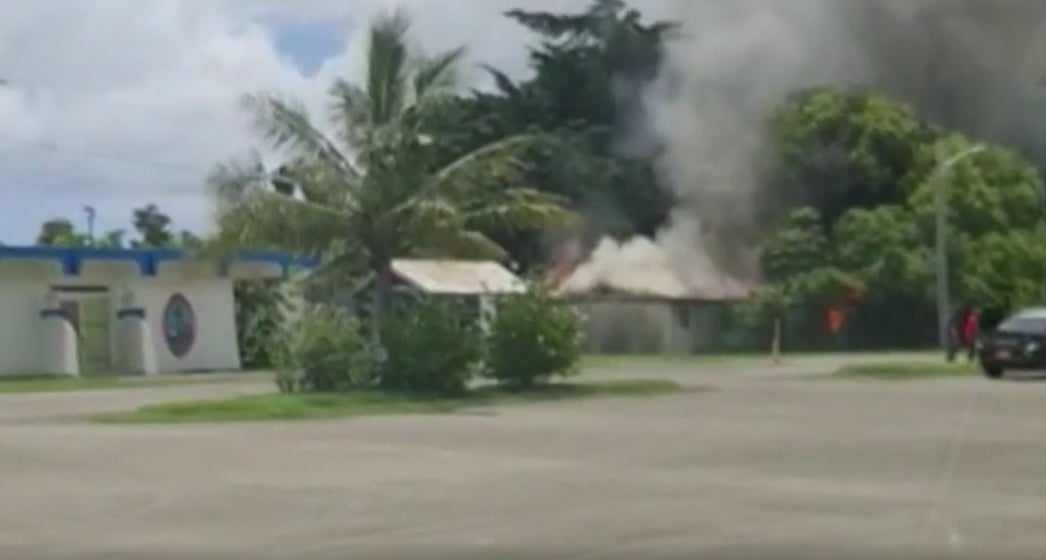 If you were running errands and on the road Saturday afternoon in the Hagatna area, you probably saw a big plume of smoke.  According to Guam Fire Department spokesperson Nick Garrido, at around 1pm units responded to a report of a structure fire at the Hagatna Pool.

Upon arriving, there was an abandoned storage unit that was in flames. The fire was contained minutes later. According to the incident commander on the scene, there were two individuals inside the structure at the time of the fire. The individuals  stated that stated that the fire started from underneath the wooden platform.

Fortunately, there were no injuries.