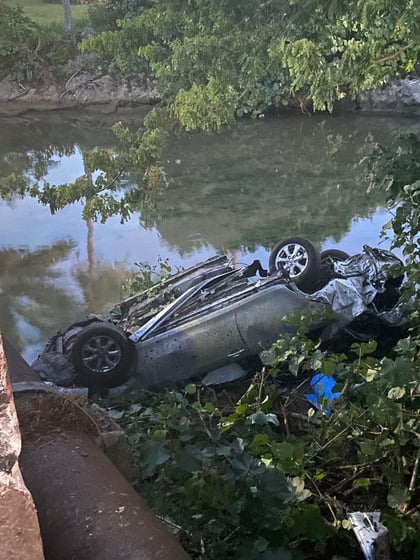 At around 2:30am this morning, units from the Guam Fire Department and officers with the Guam Police Department responded to a report of an overturned vehicle, Rt 1 across Pigo Cemetery near the bridge area. According to GFD Spokesperson Kevin Reilly, units arrived and discovered the vehicle in the Fonte River. The driver, a female and sole occupant, was extracted and transported to the Guam Memorial Hospital for minor injuries. Dept. of Public Works was also called to the scene due to the guard rail obstructing the lanes.