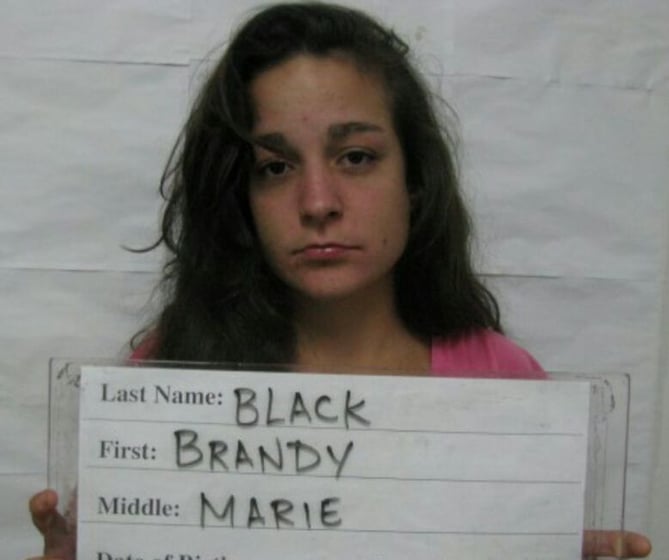 Police have arrested a 25-year-old woman accused of conning a man to take her in, but instead robbing him. Brandy Marie Black was arrested for 2nd degree robbery, aggravated assault and guilt established by complicity. According to court documents she met a man at a bar and told him she needed a place to say. The victim agreed to take her and a friend in. The friend was also arrested.

Tresean Ramey is accused of beating and robbing the victim. Although Black got away, last night she turned herself in wanting to "clear the air".

She was booked and confined.