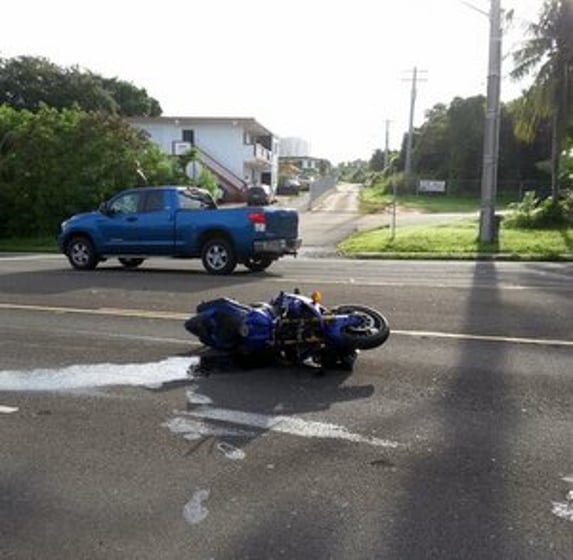 Guam - A motorcyclist was seriously injured when he collided with a car on Route 10 in Mangilao on Tuesday morning.  Police have not released any information but Guam Fire Department Spokesperson Lt. Ed Artero says the man operating the motorcycle was taken to the Guam Memorial Hospital.  Eyewitnesses on the scene say medics put a neck brace on the man and put him on a stretcher.  He had major abrasions to his arms and face.  The case is under investigation.