Port board to discuss modernization plan 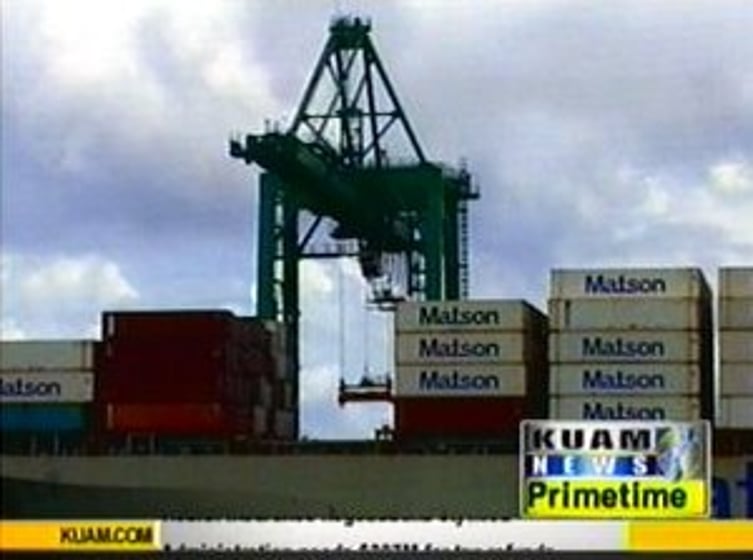 Guam - The Port Authority of Guam is almost 100% complete with its modernization plan. The agency's management team is almost done with the facility's modernization plan as board chairman Dan Tydingco says Port officials have been very active in meeting with all stakeholders involved such as the Maritime Administration, the U.S. Department of Agriculture and the Joint Guam Program Office.

Tydingco told KUAM News, "We have been making tremendous headway and progress on making sure that plan is rolled out as soon as possible. We're probably about 90% in terms of the way, if I had to assign a percentage in terms of where the implementation plan is supposed to be."

The port modernization plan was scaled back after the announcement that the military buildup would be delayed. "Circumstances have changed over the past several months particularly given funding sources so were looking at scaling back and scaling down the size and scope of the plan given limited resources and making sure that the component that we want and that are  necessary are contained within the plan," continued the chairman.

The plan is to expand the existing port facilities to accommodate the upsurge in activity to flow through the Port as a result of the military buildup. Tydingco says the Port received $50 million from Department of Defense, as well an equal amount from the USDA for the plan; however, he admits they are trying to look for other means to get the additional funding that's needed.

He explained, "We're looking at the mechanics instead of having to tap those monies immediately just to ensure we don't have to raise rates or increase tariffs we'll try to figure out what is needed and what is required of us." Tydingco adds the port continues negotiations for the implementation plan with MARAD until they come to an agreement. He says they are working to keep the cost of the project around $104 million.

With the final plan nearing completion, Tydingco says they will discuss the financial options for the port modernization plan as well as the ARRA tiger grant. The meeting will be held tomorrow at 11:45 am in the Port Board Conference Room in Piti.

In the meantime, Port Oversight Chair Senator Tom Ada has scheduled a follow-up information briefing on the modernization efforts for August 9 in Hagatna at the Legislature's Public Hearing Room.