Son of Guam dies in action in Afghanistan 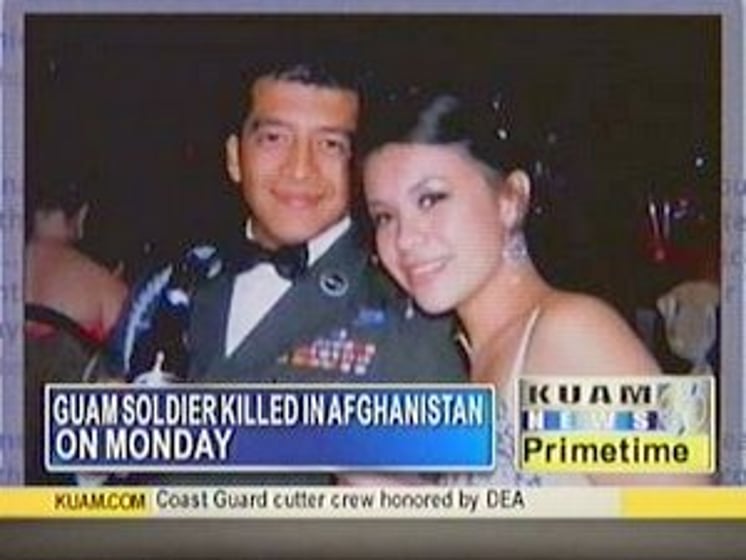 Guam - While many of us take for granted what we do on a daily basis, tens of thousands of soldiers from across the nation and Guam spend each day defending our freedom.  In the last seven years, dozens of soldiers from Micronesia have died while deployed in support of Operation Enduring Freedom.  This week another son of Guam was killed in action in Afghanistan.

23-year-old U.S. Army Sergeant Josh Akoni Lukeala was killed in Afghanistan this week where he was deployed in support of Operation Enduring Freedom. His death is a stark reminder that freedom is not free and the former Yigo resident paid the ultimate sacrifice when he died on Monday.

His mother, Dorothy Sablan Lukeala, tells KUAM News her son was killed when the humvee he was riding in ran over an improvised explosive device.   The Department of Defense has not yet provided information on the details of what happened in Afghanistan.

Coming from a family of soldiers, Sergeant Lukeala knew he wanted to be in the Army. His father, Anthony, retired from the Army and is now a ROTC instructor.  Several of his uncles were also in the Army, and Dorothy says her son just wanted to follow in his dad and uncle's footsteps.  His mother says her son was "naturally built" to be a soldier.

She says he loved to lift weights and played football his senior year and was part of the marksmanship team at Simon Sanchez High School.  Right after graduating in 2005, Josh joined the Army, ready to defend our freedom.  He was deployed to Iraq under the Stryker Brigade 25th Infantry Division several years ago and just last month he began what was supposed to be a yearlong deployment in Afghanistan with the 101st Airborne Division out of Fort Campbell, Kentucky.

Dorothy had recently sent care packages to her son and communicated with him just last week.

Josh's wife, Deniece, was looking forward to seeing her husband in September when he intended to take a brief break from his deployment. Instead she traveled to Delaware today as her husband's body is being flown back from Afghanistan. The couple's 3-year-old daughter, Maiya, will never see her father again. It's an all too common reality for family's with loved ones who are deployed in support of Operation Enduring Freedom.

It's evident through Josh's pictures that he had a zeal for life.  His family says he was always smiling and he was extremely proud to be a soldier.

Now, with his tragic death, Army Sergeant Josh Lukeala will be remembered for what he was - a son of Guam who is a true American hero.

Rosaries are being said nightly for Lukeala at his parent's home in Yigo - House number 170 on Chalan Spc John T. Sablan beginning at 8pm.