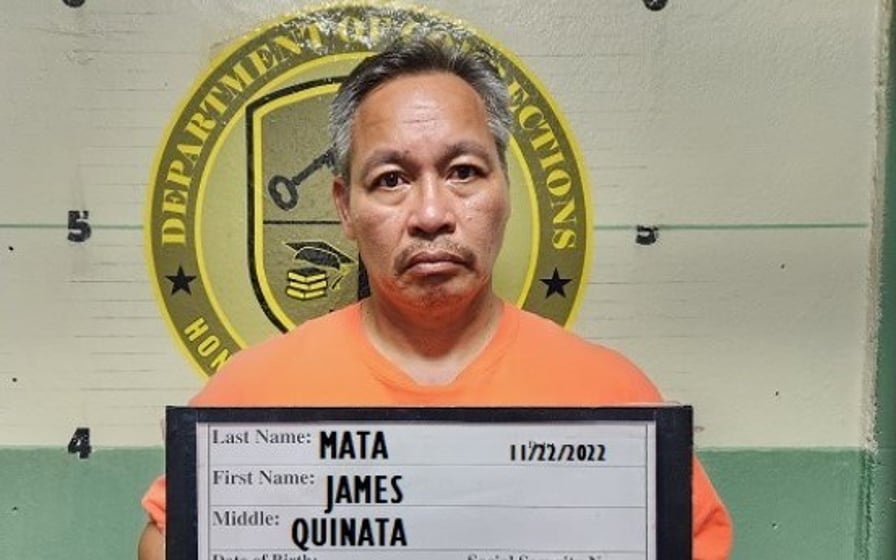 Fifty-four-year-old James Quinata Mata was arrested and charged with Unlawful Restraint and Family Violence. Mata is accused of assaulting a woman on Nov. 22.

According to court documents, the woman tried to flee from him when he appeared at her place of work. Mata allegedly tripped the woman causing her to fall to the ground. He then allegedly held her down with his elbow and legs before a passerby intervened. The woman tried to escape but Mata allegedly grabbed her and said, "you're not going anywhere till I'm done with you," before headbutting her.

Court documents state Mata told police he held her down because he wasn't finished talking with her and that their heads' bumped while they came close during the argument.