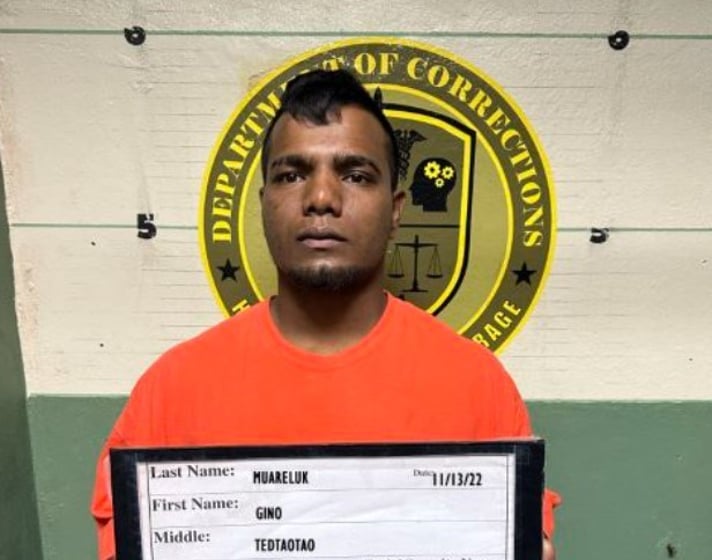 According to a magistrate's complaint, on Nov. 12, Muareluk allegedly argued with the victim and was told to leave her residence. He allegedly refused and threw a laundry basket at her.

Muareluk allegedly admitted to police he argued and pushed the victim. And at the time of his arrest, he allegedly had a kitchen knife in his waistband. Court documents state he then told police when he gets out of jail he would "kill her next time" and make going to jail worth it.

Muareluk is currently on probation for two 2021 cases, both involving criminal trespass.

And according to KUAM News files, he was arrested at least twice this year before the recent arrest. In one magistrate's complaint, he was charged in several incidents including aggravated assault with a deadly weapon where he allegedly assaulted a man with a machete and family violence for allegedly kicking a woman in the stomach.