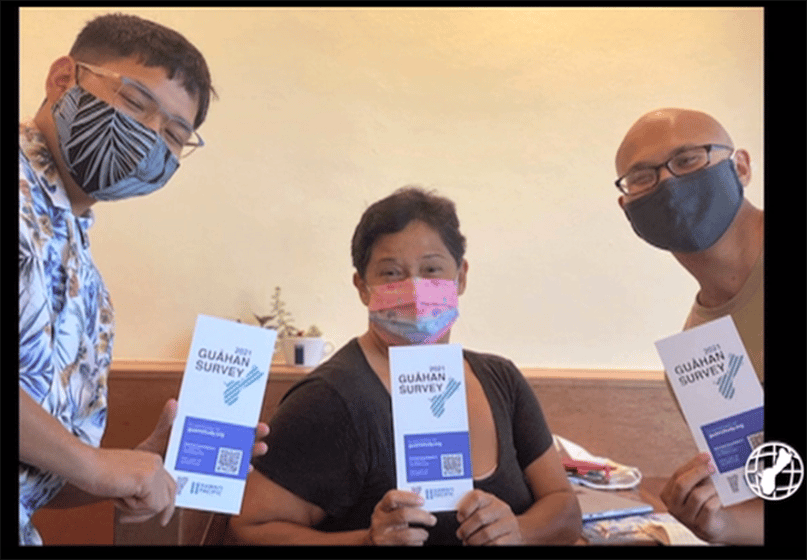 The largest Guahan specific survey which examined CHamoru identity, community concerns, and thoughts about self-determination, wrapped up over the weekend.


The 2021 Guahan Survey focuses on those who identify as CHamoru and are interested in understanding CHamoru identity or concerns. The survey aims to have a community-engaged, and informed survey through partnerships, community capacity and partnership for data-driven, evidence-based policymaking and a survey that amplified the diverse voices of the CHamoru community.

The original goal was to survey at least 325 CHamorus residing on Guahan but that has been surpassed by 775 individuals.
In excitement, Kevin Lujan Lee, co-principal investigator of the project shared the success of the survey.

"So we have nearly a thousand one hundred respondents during this time which is amazing to say and it is all a testament to the fantastic work of the research assistants, field coordinators, to community members who believed in us and trusted us and who promoted the survey and ... the survey in their own communities. So we actually exceeded the total number of respondents of the native Hawaiian survey which was 1,023," he said.

The community report is still being worked on and is expected to be released by January 2022 on their website at guamstudy.org.

"And that community report will have some research statistics of all close-ended questions in the survey. And we'll have all responses anonymized," Lee said. "So all open-ended questions in the survey. So if you took the survey where you sat with your elder to take the survey you will be able to see those responses actually posted online in that report. Secondly, we are also committed to participating in conversations to translate these findings into accessible public education materials."

"The second step now is to make sure that we also present the data to those communities in ways that are going to be meaningful to them," Nolan Flores, co-team lead said. "So at the academic level at the grassroots level in terms of holding in-person outreach for the communities that are not online. As Research Assistant Aria Palaganas said public education on social media. So really just getting out it there in multiple ways so that it matters to people that took the survey especially."

Whether the researchers are looking to do this survey annually is still to be determined, according to Lee. Email [email protected] for more details.