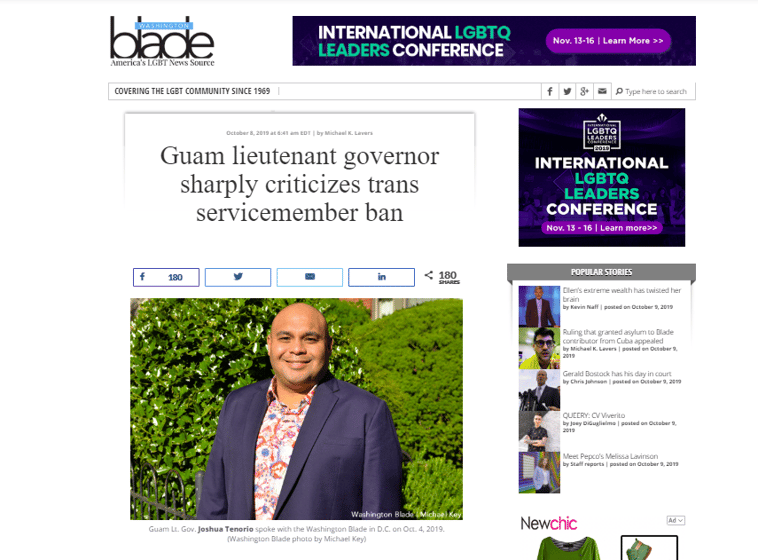 Unacceptable. That's what Lt. Gov. Josh Tenorio is saying about the Trump administration's ban on openly transgender troops in an interview with the Washington Blade.

The Blade is "America's LGBT news source" according to its website. "I especially get offended and protective of them because they ... have volunteered to place their lives on the line for freedom and they are not going to be protected by our country. It's unacceptable," he said of the ban.

Tenorio, the first openly gay Lt. Gov. in all of America, also chimed in on the impeachment proceedings against President Trump, saying he supports "the process" launched against the president. The Lt. Governor also touched on Guam's political status, saying, "The United States is not supposed to have colonies and they don't know quite how to handle it."

The article is posted on washingtonblade.com.