School resource officers are keeping the peace on campus 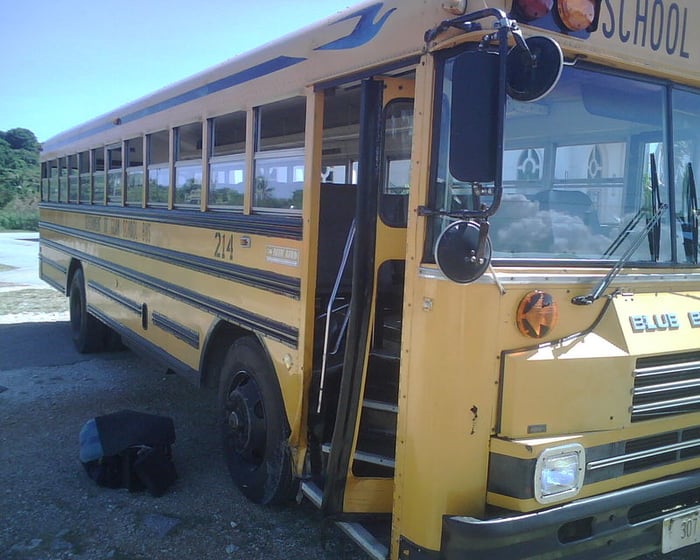 "I would say that the success has been excellent," said Tenorio. "Based on the DOE reports, we see a reduction in the number of school violence activities and also a dramatic reduction in bullying activities."

However, just last week, KUAM News reported a surge of school fights at George Washington High School during the first weeks of school, this following the release of a school fight video on social media. So where were the SROs?

Tenorio said, "If I'm not mistaken, one of the school violence episodes that were caught on smartphones was occurring at the same time that the two SROs were with the assistant principal dealing with some contraband that was caught with a student. Obviously, they're not going to be at all places at all times, nobody will leave responsibly of two school security to people in a campus of 2,500."

In fact there are only nine officers stationed across five public schools.  While not the sole answer to school security, Tenorio says he will continue to work with doe to maximize the effectiveness of the program. He also hopes to work with schools to reduce the number of children that enter the justice system, telling KUAM News, "We have disproportionate number of students from minority populations that are in high numbers in the criminal justice system. In the juvenile justice system, we have a big truancy problem and so the strategy right now is not working, even for the court, and that's one of the focuses of the juvenile justice reform effort is trying to do some immediate intervention so we don't have prolonged absences in schools."

At any given time, there are roughly 400 habitual truant students within the Department of Education. Tenorio said he is hopeful that collaboration between the courts, the Guam Police Department, and DOE will continue to provide much needed law enforcement presence and early intervention strategies to benefit Guam students.