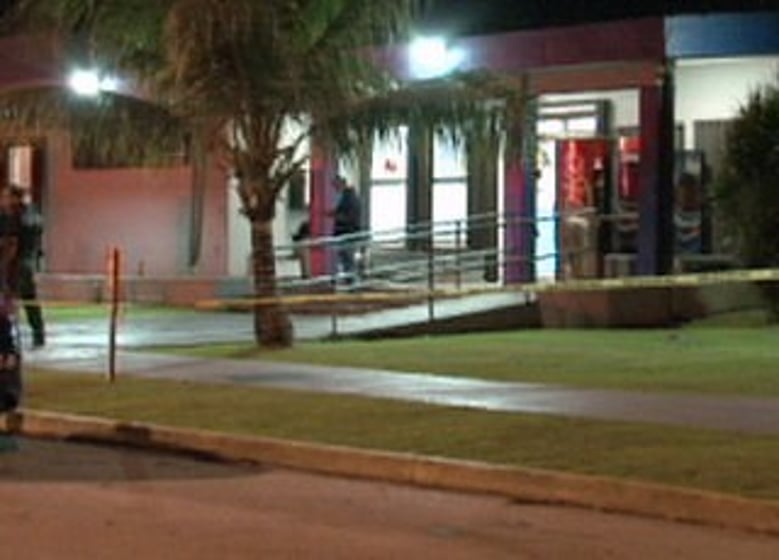 While the Guam Police Department is just getting started on a shooting death investigation involving two of their own, another investigation comes to a close.

"So an investigation has been conducted. It has been completed," announced acting chief of police Joseph I. Cruz, referring to the shooting suicide that occurred at the Hagatna Precinct back in April. The investigation was a joint effort between members of GPD's Special Investigations Section and the Naval Criminal Investigative Services.

According to the preliminary investigation, the incident unraveled as a hostage situation following the arrest of 35-year-old Dumitru Lobanov.

Lobanov was arrested for the murder of his wife, 54-year-old Irena Vaag who died from a single gunshot wound to the face. She was found dead in their Agat home.

Upon his arrest and minutes into processing at the Hagatna Precinct, pandemonium broke out as seen in this exclusive KUAM News footage.

The incident left many questions relative to GPD's protocols on processing, how weapons were secured, and whether the precinct was equipped with cameras.

Fast forward to today, Cruz says it's case closed. "We have determined there is no wrongdoing on the part of the officers so that case has been closed," he said.

GPD has since made changes to how arrests are handled, with Cruz saying, "At this point in time that's what we're considering: that the officer is not armed for the detention officer's safety as well as the safety of the individual that's being processed. And again, we're looking at procedures to better that process and we're looking at some mechanisms so that we can make that process safer."

While the Hagatna Precinct is where all arrests are processed, Cruz says it won't be for much longer thanks to the Hagatna Revitalization Project. "Because there is a bigger plan for that whole area of Hagatna," Cruz stated, "we're looking at relocating our precinct headquarters all together. When the new headquarters is constructed, our detention facility will be better constructed to better meet the needs of processing our detainees."