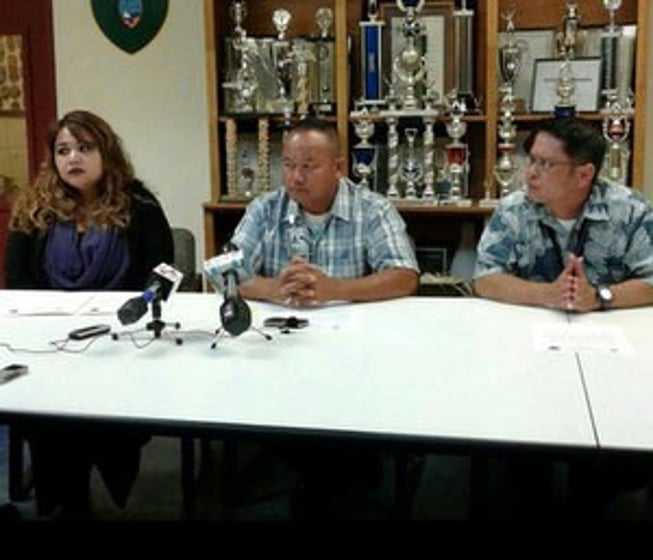 Several officers were served adverse action in connection to the May escape of Meisy Aliwi. The detainee was on the run for several days before the Department of Corrections even knew he was missing.

It was the great escape: during the height of Typhoon Dolphin and the island in Condition of Readiness 1, late Saturday evening Department of Corrections detainee Meisy Aliwis managed to scale fences lined with barbed wire, climb up a roof, and jump over yet another fence to freedom.

Aliwis escaped early Saturday but DepCor didn't know he was missing until several days later. Said Borja, "The procedures and policies involving the headcount and insuring that the inmates and detainees are accounted for has been tightened. And the policies are being reviewed so they're more strict and we would hope that in the future should everyone follow the new policies and procedures and protocols that this won't happen again."

The officers still have the opportunity to refute the charges against them and the adverse action taken against them with the Civil Service Commission.