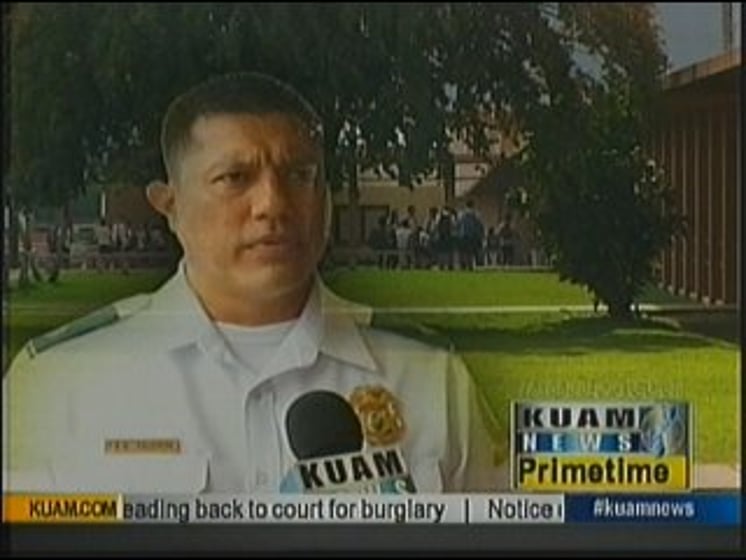 Guam - "I've dealt with irate parent. It was more than irate," said Stephanie Martinez on the stand today.

Martinez, a former employee of Untalan Middle School, worked as a computer operator in the office where she remembers being scared for her life on October 31, 2012.

During her testimony today, Martinez recalls parent Philip Taijeron, Jr. storming into the office, upset that his daughter was a victim of bullying.

"Where's the principal?" she says he yelled in demand, pounding at the counter and pacing the office back and forth.

But the school's administrators were all in a closed door meeting that afternoon, leaving Martinez and other staff, including clerk typist Serina Balajadia to deal with Taijeron.

In Balajadia's testimony today, she reported him yelling, "I want my daughter down here now...I want that boy who bullied my daughter...I'll show them bullying!"

And the threatening tone continued for what felt like forever. Growing impatient, Balajadia says Taijeron yelled in Chamorro "Hu puno hao" which in English translates to "I'll kill you."

Balajadia recalled how rattled onlooking students were, some crying in fear. Staff pulled the students into a room for safety...

And although Martinez and Balajadia say the cops were called multiple times, when officers finally did arrive, it was airport police.

"They told us that he's gone. They made us write a statement. But when we looked out, he wasn't gone," Balajadia said.

For Balajadia, the alleged threats from Taijeron changed her life as she revealed that for three months, she couldn't return to work. During that time, she sought counseling at mental health where she was medicated and diagnosed with post traumatic stress disorder.

When she finally did return to work, she resumed duties in the library instead of the main office where she says she would flee to back and avoid any contact with others.

Today, both women question why Taijeron wasn't arrested for his actions that day. As Martinez recalls, she was told officers couldn't arrest Taijeron because they were waiting for guidance from the Attorney General's Office.

We should note, Taijeron is a major with Guam Customs and Quarantine. According to KUAM News files, Airport Police chief Bob Camacho previously confirmed two officers did respond to the Tiyan school that day and that Taijeron was removed from the premises. When asked why he wasn't arrested, Camacho says it's protocol that before airport police officers make any arrest, they first call the AG's Office. In this case, KUAM files state they were told to RFI which stands for referred for possible indictment.