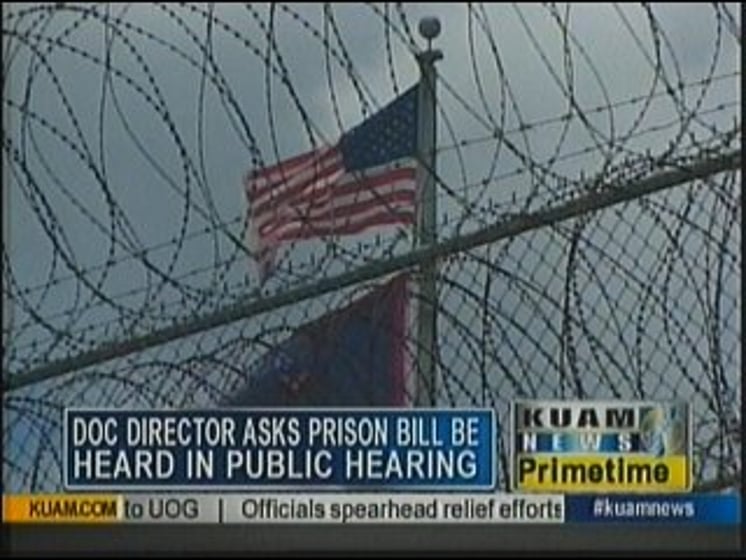 Guam - A bill to address the need for a new prison was introduced two months ago and while bills introduced after have had public hearings there still is no word on when or if the new prison bill will make it out of committee.

It has been two months since legislation aimed at constructing and renovating the Department of Corrections has sat in the Committee of Appropriations chaired by Senator Ben Pangelinan. As we have reported the need for a newer, larger, prison facility has been put on the back burner for over two decades and the longer the issue is not addressed the more costly it will become. The Mangilao correctional facility not only houses inmates serving out their sentences but also detainees awaiting trial and sentencing which account for a majority of the prison population.

DepCor director Jose San Agustin said, "What's happening right now does hamper with the regards to overcrowding we continue to work with the AG to address the folks that have been in there as detainees which is four hundred sum of them to address these people and try to expedite their sentencing."

San Agustin adds a new prison is something he wants to see built - it's something that's actually needed. "We definitely need a new prison this is not a wanting of mine since I have been with this agency it's obvious a new prison is much need this prison was built back around 1967 and its old the design is not the right design for a prison," he said.

DepCor has for years shuffled resources to accommodate a growing prison population and aging facility, with the director adding, "But definitely it is not a safe prison the building is dilapidated it's got cracks it's got deficiencies it's got safety problems and we continue to repair and we spend a lot of money repairing."

While the need for a new prison is not a surprise, San Agustin has heard criticisms that its not a priority. Bottomline though he hopes that senators can set aside their differences. "Senators please help us because this is a Guam problem this is not just doc please help us address a new prison it might not be built tomorrow or next year but at least address it so that we have something in place so that we can move forward with and have it built before the real prison collapses," he said.

So what is the hold up? Despite several calls to Senator Pangelinan's office, he was not available for comment. At this point DOC  is hopeful the legislation does not die in committee.