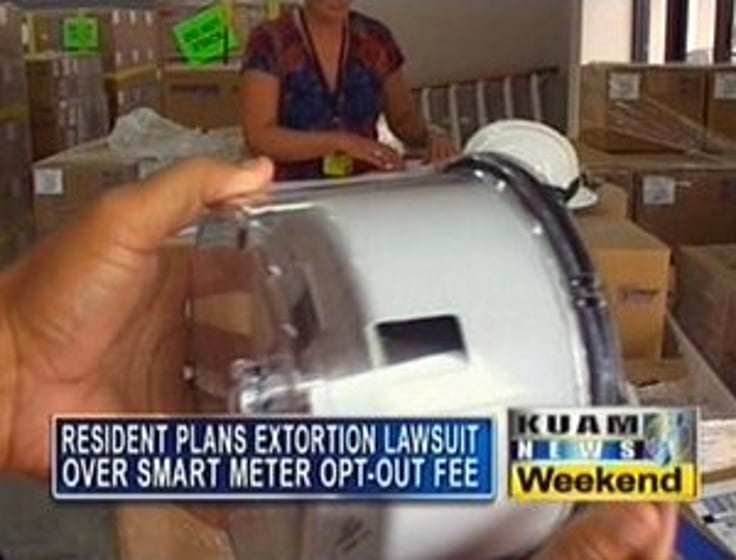 Guam - While the Guam Power Authority is set to start its public outreach campaign on its Smart Meter program, it appears that might not be enough for one Guam resident who intends to amend his current lawsuit against the utility agency to include what he claims is extortion.

In an effort to make all parties comfortable over concerns raised on the installation of smart meters, an idea of opting out has been discussed for residents wishing not to have the new technology installed in their homes. And while no policy has been approved yet, Simon Sanchez, chairman of the Consolidated Commission on Utilities, says that research has shown that community that have allowed opting-out have included a fee which GPA and the CCU are currently reviewing.

Sanchez told KUAM News, "And the fee is based on the recognition that if you don't want a Smart Meter then the power company, GPA, is still going to have to send someone out to your house to read the meter manually and that's going to take time and cost money so those that opt out need to pay for that cost because it's not fair to everyone that opts in to pay for costs that have nothing to do with their power reading, so that's what most communities do."

That's not sitting well with Barrigada resident Christopher Allen, who has already filed a lawsuit in the U.S. District Court of Guam against GPA over the installation of the Smart Meters. In a letter to Sanchez and GPA's board of directors, Allen states should they adopt such policy, he would have no other option but to amend his current lawsuit to include what he claims is extortion. He states, "Save yourself and the people of Guam attorney fees", and includes articles of similar complaints filed by The Maine Coalition to Stop Smart Meters Group.

Allen declined an on-camera interview, telling KUAM he didn't want to impact anything dealing with his lawsuit and said he was still waiting for a reply from the federal court.

In response, Sanchez tells KUAM obviously there's a difference of opinion and if Allen feels this is the best remedy, like every citizen he has a right to do so. He adds GPA and the CCU are reviewing all concerns and are still only looking at how other communities have allowed for opting out on Smart Meters for residents.

Further discussion will continue on the matter when the CCU next meets on November 12.