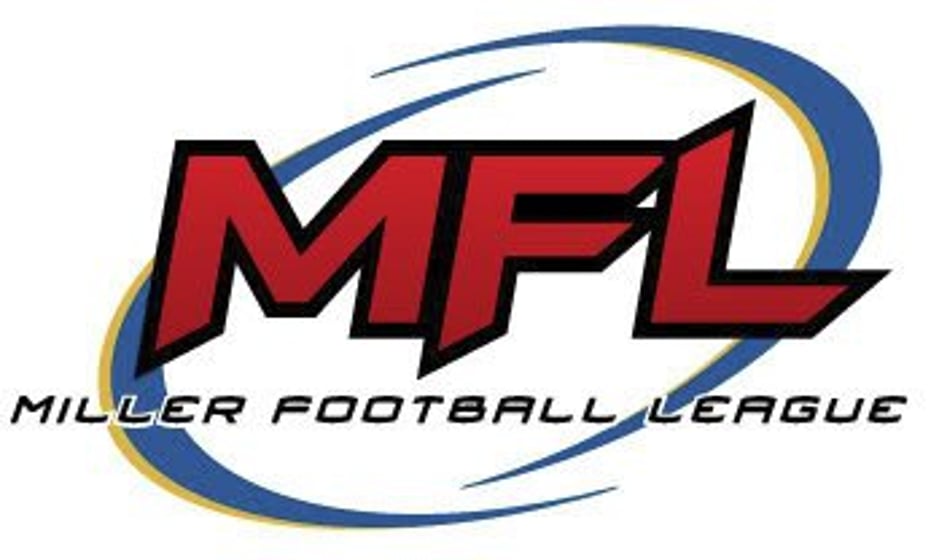 Guam - I'm writing an unplanned midweek installment of "MFL Rocks!" with this weekend's Miller Bowl just four days away because I need to get something off my chest: the KUAM All-MFL Team, announced last week, was incomplete. While it celebrated the achievements of the Miller Football League's top statistical performers and most-heralded athletes, it was remiss in neglecting to mention some of the other stars in our league.

Thus, we continue our cavalcade of postseason superlatives by creating the first-ever MFL All-Dude Team.

These are men whose sideline demeanors aren't necessarily politically correct and whose four-letter applications of the English language aren't exactly kid-friendly. The gridiron is the only place they feel truly free, their sanctum sanctorum. Never mind utensils - they'd rather eat steak with their bare hands, chasing it with a hearty swig of A-1 straight from the bottle. Hell yeah.

This crop consists of those that for mere love of the game have no problem laying the lumber full-speed on a sibling, as is the case with the Angels' Curly Chandler to younger brother Brandon of the Warriors; or instructing men to go after their offspring, seen in Chargers head coach Leonard Ware against his son, Rams halfback Hosea; or drink gasoline from a Gatorade bottle, which utility player Allan "Acme" Hamilton of the Chargers actually did, accidentally. (It's a crazy story, which I'll leave to Acme to tell - don't try this at home, kids.)

And the roster I'm about to present wasn't chosen democratically. This is all my call, based on the countless hours of observation and analysis I've put in this season. Some Dudes already are All-MFLers. We don't have a Dude for every position; some positions have multiple Dudes. Some Dudes play two, three, four, even as many as five different positions.

This isn't about proper organization - this is about being a Dude.

With the Angels returning to the championship game this Sunday, several members of their big-time hit squad were key in helping the team defend their title. Pangelinan (who's Facebook message to me was a strong reminder to never call him "Kin" on the air - in itself a Dudeworthy gesture) actually looks for contact, and usually lays some poor opposing lineman out. Despite being one of the MFL's smaller players, he's tough as nails and packs a Voltron-sized punch. When Pangelinan sits, Bigler wastes no time stepping-up as a running back or wideout when needed.

Curly and Gabriel have been near-flawless in cutting guys in half on sweeps and sealing off the edges of the Shell frontline. They've also displayed a penchant for going for the big game - feasting on fullbacks - and forcing runners inside for one of Hernandez's textbook suplex tackles, straight out of SummerSlam.

In the secondary, rookie Jackson's had impressive closing speed and devastating hits, with the always-dangerous Mr. Biggs coming over the top.

It's almost like the Angels play defense with four down linemen and seven linebackers.

Forget the 0-6 record. These guys can play. Considering how much punishment Dowdell took this year, he came out every series and gave it his all. The man that's won local championships coaching at Guam High and in the Guam Youth Football League was a real leader, most notably in a brilliant no-huddle red zone drive against the Warriors. And it's no surprise that he rarely was touched up front, because nobody's moving "Big Ru", the powerful force that blocked anything coming up the middle.

Staats lived up to his "Terminator" namesake, using his frame and speed to deliver huge hits coming off the edge and stuff runners looking to turn the corner. Lee played the entire season with a torn hamstring and still put guys coming his way on their backs. And "Means Business" Means, despite playing through numerous injuries this season, by way of sheer will outmuscled offensive tackles en route to the Promised Land of the quarterback's chinstrap.

Consider it poetic justice that Reidy, the league's only legally deaf player, brings the noise each and every time he lines up on the Cars Plus defensive line. He's an absolute terror up front when the Rams shift into a 3-4 scheme and since Week 1 has demonstrated the size, strength and stamina to help make his team's run-stoppers the best in football.

What makes Adams a Dude is his night-and-day personalities triggered when he suits up; pads on the A-Bomb are like Dr. Jekyl's elixir. He counters his softspoken, easygoing nature with his force and athleticism. He's the culprit behind many a taiback's next-day bruises, and has picked-off three passes (one negated due to a holding call), returning one for a touchdown.

The Flyin' Hawaiian has proven to be the MFL's most reliable 3rd down possession receiver, making clutch grabs in traffic, on the sideline and over the middle. That being said, Ko gets hit. Hard. A lot. But he gets right up and does his thing again. He's automatic when the Rams need a big catch to move the chains.

Viemanu is simply a freak of nature - nothing on God's earth that thick should be able to move that fluidly. And new Ram Ware lived up to his "manchild" nature, showing he's still got the speed and power that made him a star last season.

Cruz earned his spot on the All-MFL Team with his relentless penetration and brute strength. He absolutely owned opposing guards, and used his timing and upper body strength to finish near the top of the leaderboard in sacks. Cruz is also one of the most-fiery defenders we've got - when he hits you, you know. And your team knows. And the crowd knows. And you don't want it to happen again. Because it looks like it really hurts.

In my humble opinion, Shocker was this season's best pure lockdown defensive back. He stuck to guys like glue and delivered vicious hits. He was also the target of many a punter once teams learned how dangerous Stephen Santos was on returns, so he got a lot of special teams work.

Goldsmith, who prowls Loring Cruz's defensive line and scored a pair of TDs against the Angels out of the backfield, proved his Dudeness in a sideline fight in the playoffs against Shell. After he felt he was held a little too long, he cocked back and stapled receiver Isu Mendiola's helmet - barefisted. He wasn't afraid to get ejected from a game as long as he made his point.

Quinata's playing time was cut short by work obligations this season, but the guy is a beast of a playmaker who backs up his intimidating smacktalking with serious game. He tied with Hernandez for the league lead in recovered fumbles and is deceptively quick. Had he played every snap, it might be the Warriors facing the Rams for the Edward M. Calvo Cup.

And what hasn't already been said about the dominance of the Chairman of the Board? Ryan Rios is a living legend and the most instinctive player in the league. The seven-time MFL Defensive MVP is still playing a cut above everyone else, notching nearly double the number of tackles as the next closest guy (Bigler). I wouldn't reserve a room at St. Dominic's just yet…#55's got game in him still.

So there you go. Assuming I don't get fired from KUAM for going rogue and assembling my own all-star team, I'll be back next season to handpick another worthy roster of tough guys that are admittedly happier bleeding in the trenches than standing on a podium doing interviews. But even if my career should meet its untimely end because I bucked the system and did my own thing - what could be more Dude than that?

Jason Salas, who writes his weekly column "MFL Rocks!" for KUAM.com and does play-by-play for the Miller Football League, needs to find a new hobby once the season's done.