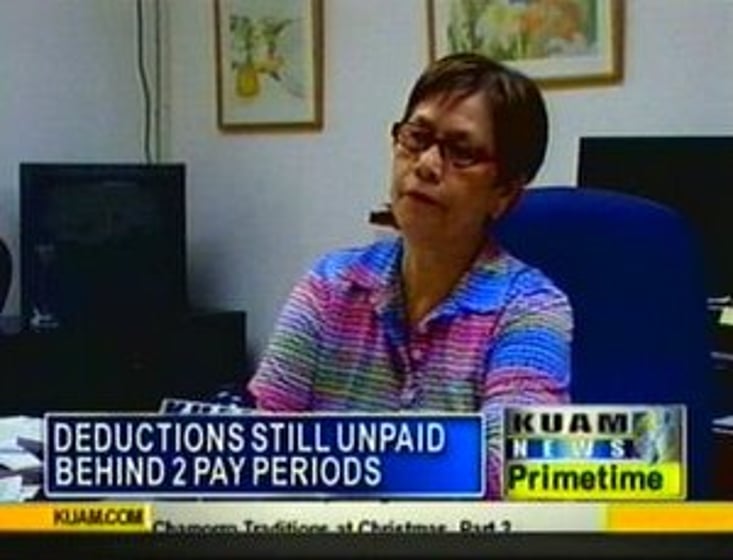 Guam - It might be surprising to hear that the financial outlook for the Government of Guam may not be as bad as it looks - at least that's what's coming out of the Bureau of Budget Management and Research.

While the Calvo-Tenorio transition team has pegged the government fiscal shortfall at close to $100 million, BBMR's director, Bertha Duenas, says the figure may be actually be much lower.  "The true shortfall in the overall picture is probably between $35-$40 million, and $27 million of that is the $12.2 million, which is the permanent injunction we didn't anticipate, and the $14.5 million of the health insurance cost, which was not budgeted."

An unbudgeted government health care plan could result in what Duenas calls a potential shortfall, explaining, "This fiscal year, which includes the shortfall for the balance of probably the $27 million between the health insurance and the permanent injunction, then you have what is revolving to be a potential shortfall in department budgets."

Despite the Guam Judiciary's contention the threat of a lawsuit remains, Duenas believes it's been averted.  She told KUAM News, "I believe that the Superior Court was supposed to receive $1.8 million on Friday, which is the shortfall of what hasn't been paid."

The courts as we reported are still waiting for the $3.3 million that is owed for the first quarter of this fiscal year.  Meanwhile, other financial close calls will need to be addressed - recently the Department of Education had to rely on $4.9 million in federal funds in order to make payroll. "They did not get their payroll remittance on Friday," said Duenas. "Although the allotment was released, BBMR did release the allotment for Friday's payroll. I believe the problem was cash flow, there wasn't enough cash flow."

Acting director of the Department of Administration Joey Manibusan says paying back DOE will take top priority. And getting up to date on deductions for GovGuam employees is on a wait-and-see basis. Manibusan said, "We are going day to day with our cash situation, so I'll be sitting down with the treasurer and the accounting staff to identify these are the things we have not yet paid and then we have to put together a plan based on estimates. We can't really say how much we plan to collect today, how much we plan to collect tomorrow, we just have to wait and see as collections come in."