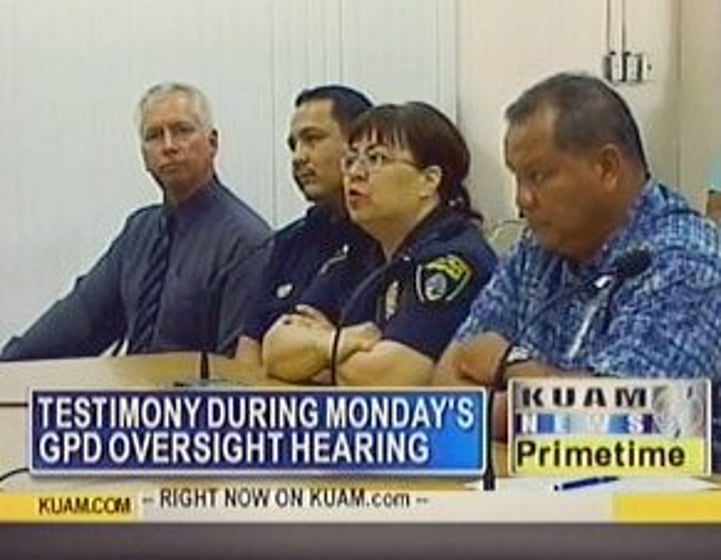 Guam - KUAM News has confirmed that a complaint has been filed against Captain Mark Charfauros with the Guam Police Department.  In a phone interview with Charfauros this morning, he said he was informed that a harassment complaint was filed against him last night by Captain Kim Santos, the former head of the Criminal Investigation Division.

Charfauros says he believes the complaint stems from the search warrant that was executed at the KUAM Studios in Harmon two weeks ago, and the investigation into who leaked a document to KUAM News that was used in a story regarding a police officer trainee that did not pass his polygraph examination. Charfauros says he learned that he was one of many GPD officers that were under investigation by CID, of which Santos was in charge at the time.

Charfauros said upon hearing about the investigation he told another officer, "Bring it on!"  Charfauros maintains he did not leak any information to KUAM.

He added that after the raid on KUAM he wrote a letter to then-chief of police Paul Suba recommending management changes at CID, which included Captain Santos be transferred. Charfauros believes Santos may have filed the complaint as a result of the letter. After Suba was forced to retire, Acting Chief Ricardo Leon Guerrero transferred Captain Santos to Forensics.

Captain Santos told KUAM News that in light of the recent controversy facing her agency, she would not comment on her complaint against Charfauros.