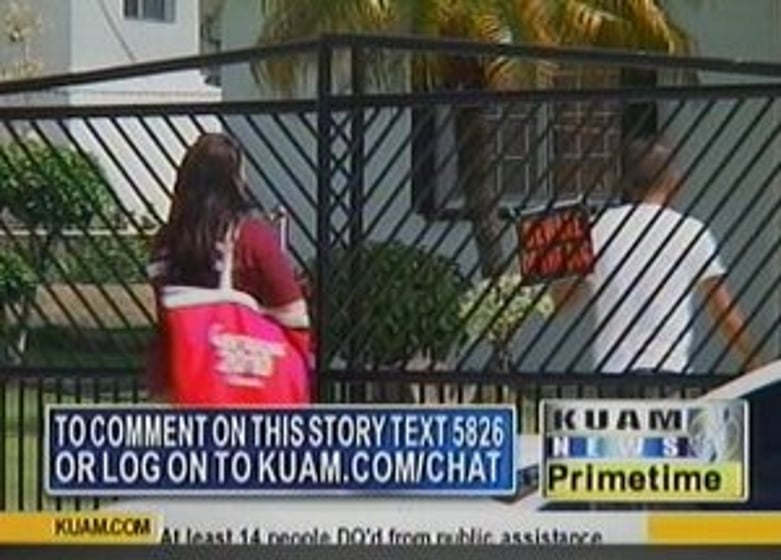 Guam - Three weeks into the Guam Census, several employees haven't seen a penny.  And their patience is wearing thin.

The story is simple, according to one employee of the Guam 2010 Census Office, as Ray Reyes said, "[We haven't] gotten paid, that's about it."  He's effectively gone on strike, refusing to return to work since last Wednesday. He says time after time he was promised a payday, but still remains empty handed.

"They are going to give it to us at a certain time and then we go there, it's not there," he continued.

Reyes says he began working as an enumerator on March 22. 90 work hours later at $16.88 per hour, Reyes is frustrated that he has yet to see a dime.  "They are saying basically gotta get in GovGuam system, three weeks for payroll, but me I'm already going on five."

Yolanda Elliot, Guam Census Media Specialist, says roughly 60 workers that were hired in April and March have not been paid.  She said this is typically due to staffers having "late submissions of timecards or also the resignation, but all the documents have been processed and are going through the system."

But Reyes says the system is not a fair one, telling KUAM News, "Other people are getting paid, it's basically favoritism...basically, it's family members and stuff getting paid first before us."

Elliot denies these accusations saying the census is working hard to make sure everyone is paid.  When asked if the workers would be receiving a check this Friday, she said, "We hope this happens, yes."