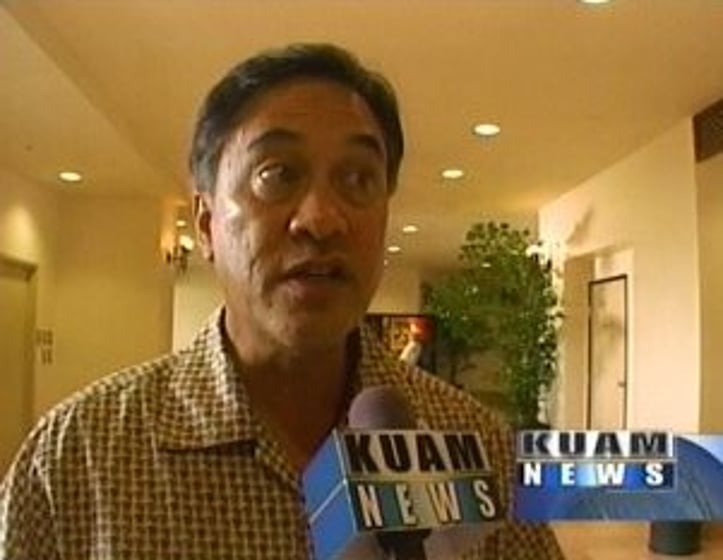 Guam - Governor Felix Camacho is asking the U.S. Secretary of the Navy, Ray Mabus, to delay the 2014 timeline for the military buildup.  The island's chief executive made his announcement to members at the Guam Visitors Bureau during their meeting this afternoon.

Asked if a sense of urgency exists behind his request for additional time, and if so, why now, Governor Camacho told KUAM News, "A sense of urgency? That term more applies to the military and their request to build in a really confined timeline of 2014."

Is four years really enough time for the island to accommodate an influx in population of upwards of 80,000 people? If the marine relocation of 8,000 U.S. Marines and their dependents from Okinawa, Japan to Guam takes place by the 2014 timeframe agreed upon by the governments of Japan and the United States, Camacho says the island won't be ready for it. In a letter to secretary of the Mabus he asks for an extension to lessen the impact of the build up on every area of public concern.

"Unless the resources are given to the territories the impacts to us are extreme," he said.  "And there is no funding to mitigate it that is being provided to the people of Guam. An extension beyond 2014 is reasonable and fair and will allow us to better manage this buildup."

The governor addressed a packed room of island leaders and business community members at the Guam Visitors Bureau's quarterly membership meeting this afternoon. Deputy Director of GVB Ernie Galito says from a tourism perspective he agrees with the governor's request for more time to work out the kinks.  "In our comments for the DEIS there are certain things from a tourism perspective we want assurances on that some of our cultural sites will be protected, that there will not be a hallowing out of our service employees who work in the hotel industry," he said.

Vice-Speaker B.J. Cruz says it's not enough - he continues to advocate for additional time to review the 11,000-page monster Draft Environmental Impact Statement on how the buildup will affect the island.  "His extension is rather than have the buildup start and finish by 2014 have the build up finish in 2018 or 2020; and that might make it more tolerable but the thing is we still need more time to review the DEIS."

The Mayors Council president, Melissa Savares, explained that she agrees more time is essential because most people are just now starting to read the DEIS and attend the public hearings.  "We are also asking for additional time as mayors. Many of our residents are still reviewing the DEIS and there are a lot more hearings that are happening and more people are coming out and realizing this is really going to concern their neighborhoods," she said.

The governor hammered home his case for an extension by emphasizing that the resources that will be impacted and importance of planning cannot be understated nor underfunded as there is just too much at stake. "What's more responsible for me and of greater impact is looking at the completion date and recognizing and pointing out to both nations this is unobtainable, unrealistic, do something about it," he said.